We're not here, we're over THERE!

This blog was left behind some time ago for the lovely shiny www.gmskeptics.org blog Please head over that way for information about what we do and a whole lot more!
No comments: 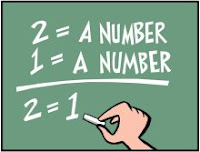 As advertised from episode eight of Just Skeptics podcast, this is a just-for-fun competition to see how good our skeptical listeners are with arguments. The following conversation is very slow paced and is an argument that you could conceivably see two friends having - can you spot all of their Logical Fallacies?
If you think you can then pop your answers in the comments section (or send the Just Skeptics team an e-mail!). The best answer will win a tall glass of smug satisfaction - so read on and see how much you can spot!

E.T is probably not the explanation. (Just Skeptics Episode 8) 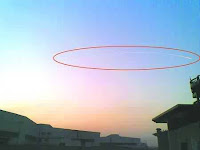 The Chinese UFO sightings were discussed in more detail on episode 8 of our Just Skeptics podcast, which is available now on iTunes, or you can use the direct link at the bottom of this page. If you like this blog post why not give us a listen?


When people find out that I'm a skeptic, the most common question I get asked is "what about UFO's then"? Because I'm far too pedantic for my own good I nearly always point out that a UFO is simply an object in the sky which the viewer can't explain - not necessarily an alien space craft that's travelled thousands of light years just to probe our livestock.


This may be a poor answer to the question, but it's still important to note that a UFO is simply an object which the observer cannot explain sufficiently, yet some will leap to their preferred 'supernatural' explanation. Instead of saying "I don't know what that is", they'll assume that it's some kind of alien spacecraft, or secret government aircraft.


Here's an interesting example from Greater Manchester - a UFO sighting from Ardwick, which can also be viewed on YouTube. The poster asks "Is this a UFO? You decide because I'm convinced it is". This statement doesn't make any sense unless by UFO he means something along the lines of 'alien spacecraft'. Taking into account the pictures of aliens, saucers and X-Files music in his video, I'm pretty convinced that he believes it to be an alien craft. 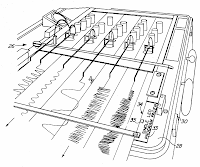 For episode 6 of the Just Skeptics podcast we were joined once more by Rick Owen, who talked at great length about lie detectors. You can listen to this episode (and more) by searching iTunes for "Just Skeptics" or by visiting the Just Skeptics blog. He was kind enough to write this accompanying piece for us:
As with my rant in episode 2, my soap-box session on episode 6 of the Just Skeptics could have gone on for hours, and there are so many more things that could be said about it. I’m not going to give you a full transcript of the podcast, you will have listen to the podcast, but here are some extra points.
As I mention, polygraph operators are “trained”, even certified. In some states they may even enjoy the tacit government approval of needing to be licensed. But this training can be completed in 7-12 weeks. That’s not a lot for a thorough understanding of the human mind under stressful conditions, and the ability to tease out genuine deception from the other possibly causes of stress during the polygraph examination.

It’s time once again for the FIFA World Cup, and yet again the streets of are awash with crosses – and once more the only reaction I can muster is a feeling of intense befuddlement.
Your regular garden variety patriotism I can just about grasp – while I disagree with the idea I can almost, (but not quite) understand it. If the people with the cheap flags bolted to their cars also had full sized flagpoles in their yards which they attended to every morning and evening with chocked throats and tears welling, then I could understand a vast outpouring of pride every four years. I’d still think it was utterly ridiculous, but I'd at least note their consistency.
That’s not the case though – the people who’ve picked up cheap flags from the local supermarket for the duration of the world cup stay away from this more “American” style of patriotism – if they’re at all patriotic for the rest of the time, then it’s a crafty new form of patriotism – a ‘stealth patriotism’.

Email ThisBlogThis!Share to TwitterShare to FacebookShare to Pinterest
Labels: Patriotism

This week on the Just Skeptics podcast we were joined by Rick Owen, who talked at great length about common fallacies encountered whilst gambling. He was kind enough to write this accompanying piece for us:


On my guest slot on episode 2 of the Just Skeptics podcast I talk about gambling superstitions and scam systems. Without repeating the podcast spot (you'll have to listen to it), I thought I would expand on a couple of points and include some weblinks.

You can see the free roulette system here. In the podcast I talk about the Martingale system, wherein your stake is doubled after each loss (on 1 to 1 odds like a coin-toss). The problem is that exponential growth gets very big very quickly. If you have infinite money you should be okay. The system on the website is actually a split Martingale system, or Labouchère system : a more gradual increase in stakes, but still doomed. These systems are especially risky in real casinos where each table has a minimum and maximum bet, so you will quickly run up against the table maximum and your system will crash. 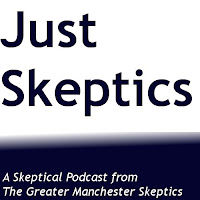 We've finally got our podcast off the ground, and we'd suggest you listen to it!
Every week we'll be discussing a handful of skeptical or scientific news stories, and then we'll let our rotating guest host get on a soapbox and rant about a topic of his or her choosing.
This week we're joined by guest host Allan Callister as we cover the wierd and wonderful world of acu-pressure, celebrate the closure of the Prince Foundation and admit to being incredibly smug.

When the courts Singh out.

The majority of skeptics and science fans in the UK have eagerly been watching the court case between Dr. Simon Singh and The British Chiropractic Association(BCA) and more recently the court of appeal battle. The case started when Dr. Singh wrote a column on the 19th of April 2008. In the column Singh expressed opinions that the BCA were not inclined to like. Mainly the line; 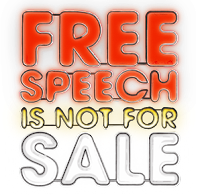 "The fundamentalists argue that they can cure anything. And even the more moderate chiropractors have ideas above their station. The British Chiropractic Association claims that their members can help treat children with colic, sleeping and feeding problems, frequent ear infections, asthma and prolonged crying, even though there is not a jot of evidence. This organisation is the respectable face of the chiropractic profession and yet it happily promotes bogus treatments."
The BCA were super pissed off that Dr. Singh wrote "...happily promotes bogus treatments." and I'm pretty sure that the "...not a jot of evidence." didn't tickle their fancy either. After reading this the BCA did whatever any normal, rational and sane person would do. Instead of fighting with their words and proving their point, using science to show up Dr. Singh, they spoke to their lawyers and then sued seven bells of shit out of him for having an opinion that has the cheek of, as so far, been supported absolutely by the scientific evidence.
Read more »
2 comments:

At 10:23am on January 30th, more than three hundred homeopathy sceptics nationwide took part in a mass homeopathic 'overdose' in protest at Boots' continued endorsement and sale of homeopathic remedies, and to raise public awareness about the fact that homeopathic remedies have nothing in them. The Greater Manchester Skeptics were proud to organise the Manchester overdose. Here is that event, recorded by the award-winning documentary film-maker Angela Byrne:
Read more »
No comments:

Unfortunately, this means that I have put myself back on the hook.  I am a scientist.  I love science, and I love trawling through good papers with strong data, showing a really novel story.  I think (if I had been a scientist when it came out) I would have found Jacques Benveniste’s  Nature article proposing the molecular memory of water1 extremely exciting, even with the foreboding editorial advice from then-editor John Maddox2.  This is exactly the kind of article that you want to be proved right; imagine, water with molecular memory! It just doesn’t make sense, and that is why it would have been truly amazing.  Just think of all the scientists thought absurd in their time, only to be proved right. Yes, the world is round! No, the earth is not the center of the solar system! 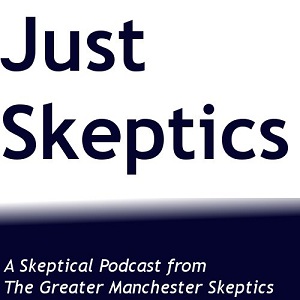